We recognize agriculture as one of the primary economic drivers of our region — the Heart of Georgian Bay.

Agriculture and agri-food play an important role in the federal and provincial economies. In Canada, the industries provide 1 in 9 jobs, employ 2 million people and account for 7% of total gross domestic product (GDP).

The North Simcoe Agriculture sector adds $6.3 million in wages to the economy and 260 jobs. Agriculture production is booming in North Simcoe even though there is a slight decrease in jobs since 2011.

It is predicted that by 2024, the County of Simcoe population will increase by 11%! That’s an increase of 50,000 people in six years. We rely on the Agriculture sector not only for 3,745 jobs in the County, but also for providing local resources such as fresh crops and products for animals all around.

North Simcoe is home to 260 jobs in the Agriculture sector providing $84 million worth of exports for North Simcoe. Agriculture ranks as the ninth biggest exporter for the area. 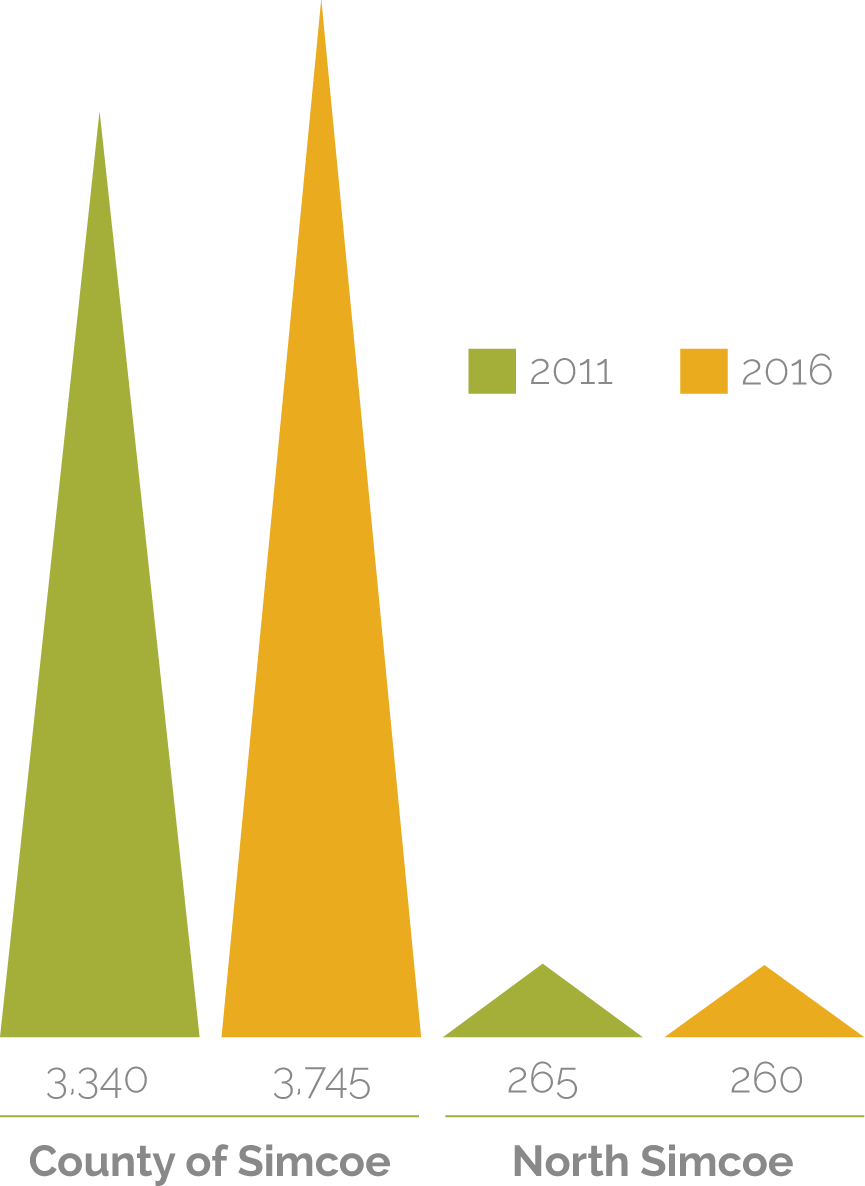 The 172 farms in North Simcoe consist of a variety of different farms which focus on a diverse group of industries. Having such a diverse industry within the North Simcoe area allows for almost 30% of North Simcoe’s agricultural needs to be met by the local farms. 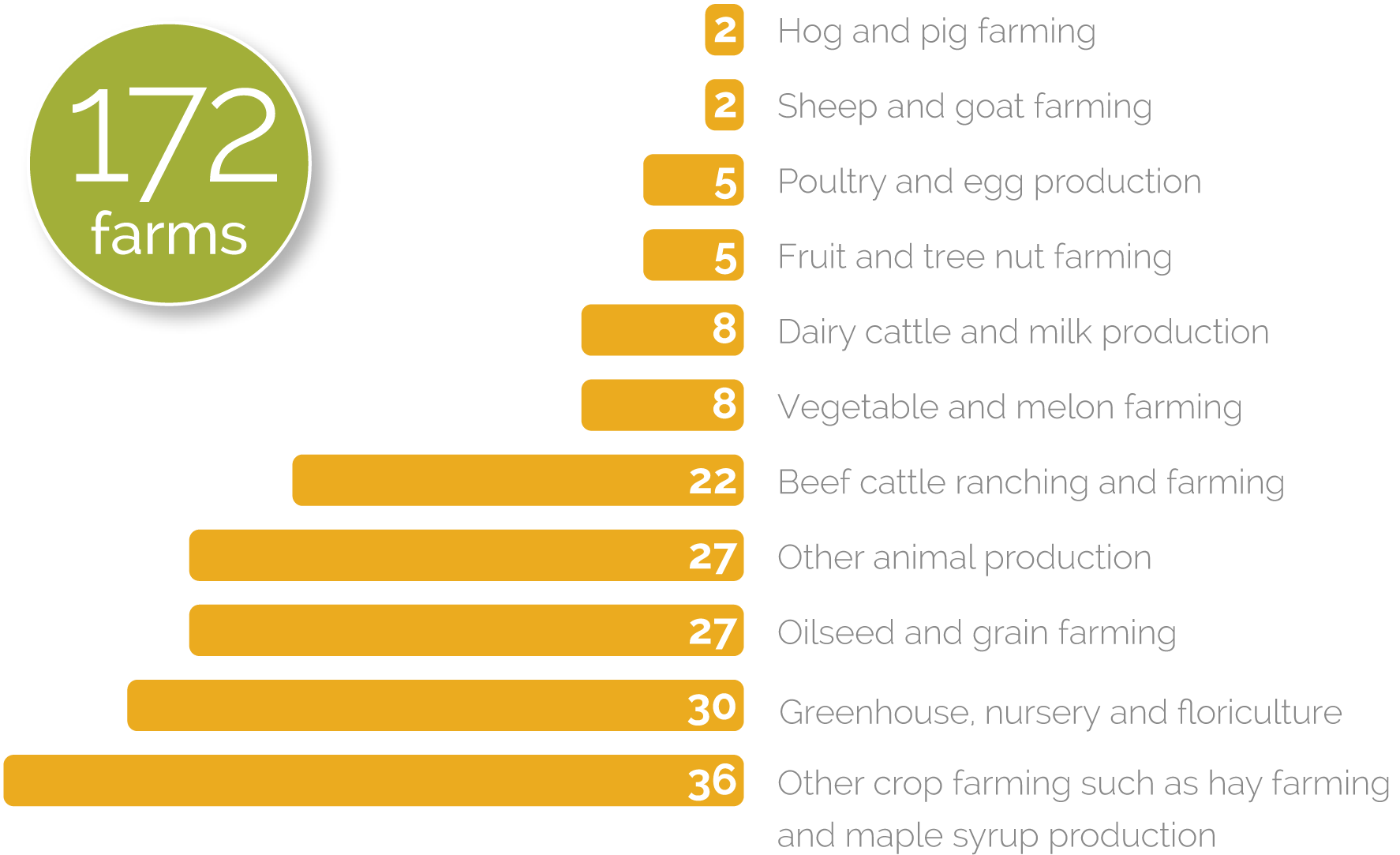 In North Simcoe alone, there are 29,679 acres of farm land. Stretched across 172 farms, this averages 173 acres per farm. Even with the decrease of 25 farms since 2011, the average acre per farm dropped only by one acre. Total farm land accounts for 22% of North Simcoe acreage.

The capital value of farming in North Simcoe has increased although the number of farms has decreased by 17% from 2011 to 2016. Nine more farms report a capital value of over one-million dollars compared to 2011. 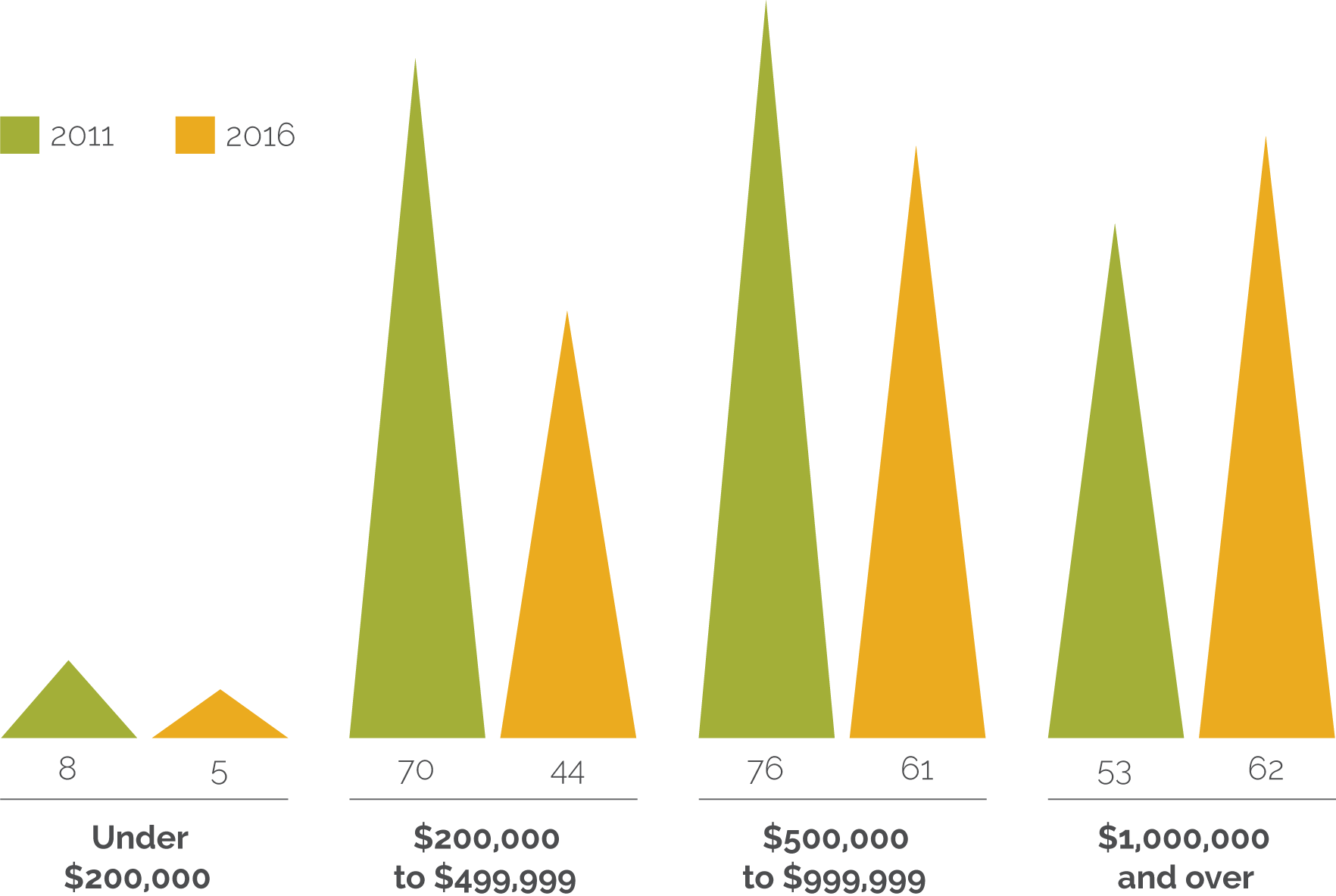